*aAa* : Today we're with ChrisJ who is a member of mousesports, sponsored by team Razer and they are currently performing in a bootcamp.
It's your first bootcamp since the covid crisis. What's the purpose of the bootcamp? Is it to prepare for the Autumn series that are coming soon or is it just to play with each other, see each other again and get back into the professional mood?

chrisJ : I think the bootcamp is right now mostly focused on performing at ESL One Cologne. We're also gonna play it online so we're gonna stay to bootcamp to play the tournament from here. Other than that, we also wanted to do a bootcamp because as you also kind of said we haven't seen each other for a long time. It's good to just see your teammates again and work together at the same location right? But we're mostly focused on Cologne. Obviously the Autumn Series is also in the back of our head but it's not our first priority, that's gonna come later.

Okay! Now that you're playing with each other again in real life, have you noticed a change in your teammates play style? Are they playing more aggressively because they are more used to play online or is it pretty much the same as before, except the potential improvement?
What I noticed in the team is that i feel we play worse online than we did an LAN tournaments. I think at the end of last year and even the first tournament of this year we played really good on LAN together and when this online period started we've been struggling pretty hard and i think everybody can see that. What i think is the reason is if we were together we would've fixed instantly but i think it definitely doesn't help to not be able to see each other. We're not able to hype each other up, to have a positive influence on your teammates directly right? It's just sitting differently, it's a different feeling sitting at home and...

And just playing without seeing...
Without seeing your teammates and exactly, without interactions so... it's obviously something we tried to fix but in the online season or just before the vacations we weren't able to fix it, something just didn't click online as it did on LAN so we hope to change it now that we're in a bootcamp.

More generally speaking, you struggled with covid and lockdown etc... by you, i mean the team as a whole. Do you think other teams struggled as well? And did it impact the global meta of the professional scene and the global play style?
I think other teams struggled as well and some teams benefited from it as well. When your teammates are maybe not so experienced on big events and not so used to playing in front of the crowd or just having the pressure of being at an event, it's different. I remember from my own time when i was still young and playing much more well online it's a different kind of pressure when you get to LAN events. So it's something you get used to. Maybe something that gives you kind of a head start because of now maybe some other teams played a bit worse. I'm not saying none of the team are doing good now or not able to do it on LAN, but maybe it'll take them a bit longer to finally show this right? So i think it definitely affected the landscape in that way. 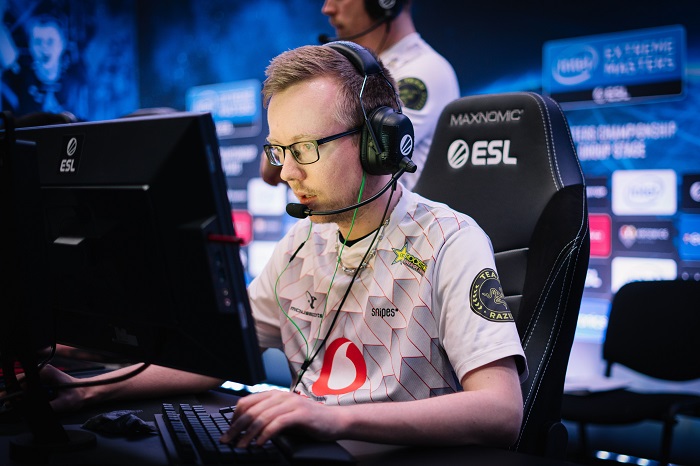 ChrisJ, player for mousesports and member of team Razer

You spoke about other team struggling and having younger players that don't know the pressure of big events. So, do you think some players who reached the professional scene during the lockdown and covid wouldn't have, in an other period with LANs etc...

I'm not asking for names but do you think the covid period was providential for some players who are really proficient on FACEIT, ESEA and due to everyone playing more online and on those kind of services they had a better opportunity than in other periods?
I wouldn't completely put it on that because i think every team that's been playing well lately they've just had the skill, i don't think anyone is like, cheating at home or anything...

I think they got some kind of head start because of it but like i said i think eventually most player will be able to perform the same on LAN after the virus is over so... it changed for now but i think in the future balance out again.

During lockdown, Valorant came out while most of the countries where still locked, have you tried the game personally?
I haven't played Valorant at all, i just watched some clips and it looks way too childish for me and all these spells that you can do and stuff... it's just not for me so i didn't even try it.

To be honest i didn't get into it also. Do you think the period, since it came out during lockdown etc... people where stuck at home for 3 months, did it help the game gain in popularity, like, did the fact that lockdown bored most of the people out, do you think like, a new FPS, competitive fps game coming out gave Valorant the rush of popularity that it had at the release?
I think it probably helped right? I mean, people are sitting at home all day and some new game comes out and suddenly they have more time to actually try this game out right? For example, maybe, not travelling, not having to go to work every morning, whatever was the reason. People have more time. I think that definitely could have helped valorant get a bit of a good start but i mean there were already quite a lot of hype about the game. I think people would have tried it and maybe this lockdown have helped a bit.

A lot of pros switched already to valorant, i'm thinking of ScreaM, Hiko etc... Do you see the game as a real concurrent for CS:GO? And even as a good alternative for an ex CS:GO pro? For example i noticed that following  the release of Valorant there were a lot more updates in CS:GO like, 2-3 updates in a row in like 2 weeks. Do you think that because CS:GO had a monopoly they sat still on what they won already and now that there's more or less a viable concurrent the game will turn for the better? Or do you think they'll still be more or less lazy just like before?
I think some competition is always good right? As you said, CS:GO basically had a monopoly on the whole team-base tactical shooter thing so... Some competition is always gonna push them a bit more to improve the game because they actually see now. Like, "Okay, there's a pretty similar game to CS:GO that's been worked on a lot, that's gonnna get updated the whole time"... and i felt like maybe it looked like the valorant team was listening more to the community and if people received that well, it'll give more reason to Valve to do more in CS right? And as you said there were some more updates. It's hard to say if they were already planned or if because of Valorant, maybe it pushed them a bit to... 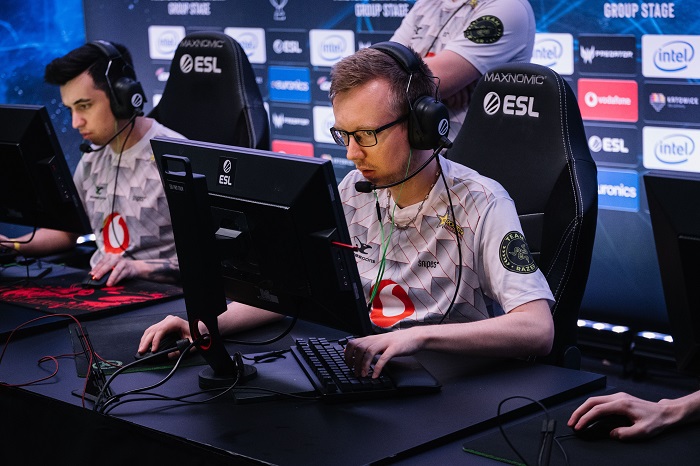 ChrisJ and woxic, player for mousesports and member of team Razer

Work a bit harder yeah... Now we're going to focus a bit more on your team. You're one of the few mixed team, by that i mean with different nationalities, two "old" players and four young players... performing along with FaZe, like reaching top tier tournament etc... what do you think is the key for such a team to work? And how do you benefit from each others experiences?
First of all, the language is a bit of a thing sometimes people need to get used to talk in english and communicate in it really fast that's something they obviously also learn in FPL and stuff. I think one thing that can be kind of an hindrance sometimes is that people are maybe a bit more different because of the culture and stuff right... Coming from different countries, people aren't used to maybe... behaving a bit different to other people and it can take some time to get used to...

Yeah so you need to accomodate to each other to..
Yeah, but then again i wouldn't say like it's a really big problem, i feel like every team needs to get used to each other. It's not like everybody in the Netherlands are like, cool with each other... So, yeah, work with each other, get used to each other and kinda learn on how you need to behave to not piss off your teammates, to make them comfortable. So, maybe it's a bit more different for teams from different nationalities. That is something you have to work on already anyway, any team will feel like so. Yeah, it's maybe a bit steeper but it's definitely not a super different problem than other teams may have.

And I have a little question, like, when you're clutching or under a situation of stress do some of your players or you, by instinct, speak in your own language? Forget english and...
Well, for me, i've been playing in an english team for so long, it's not like i'm going to say CS things in my own language, but i curse in my own language sometimes and teammates also do that. I guess that's something you're not always gonna do in english, especially when the pressure is somewhat hard or maybe you're a bit frustrated or whatever... it's just easy to go back to those words you're really used to right? And that you didn't had to change for CS.

And moreover the others aren't understanding so it's like...
Yeah exactly... I mean, i understand my words fine and all but...

Lastly, you recently recruited Bymas, do you think the particular nature of your team create a good environment for young player? Because you have so much, like, 4.  I think you probably one of the teams that have the lowest average it terms of age... What would be the difference with a more homogeneous team? Like a full swedish team or Astralis, which is full Danish?
I feel like there's maybe more to learn, like what you said earlier, that there's some older players in the team some younger players, people from all kind of different countries. That's a lot of experience that I think Bymas can learn from. I feel like it's probably also easy for him to pick up on those things because he's really used to play FPL, english isn't gonna be a problem he's already used to playing with people from different countries so... It would make sense that he's gonna be able to learn quickly from the different customs we have the differents rules we have in our team right?

Thank you for answering, if you have any last words, any thanks?
Thanks for the interview, thanks for all the fans at home, and shout out to against All authority

You can find the video version on our YouTube channel :